Common Twi Writing Mistakes and How to Correct Them

From Akan movie and song titles, through texts in Akan TV commercials, to (surprisingly) academic papers on aspects of the Akan language, it is not uncommon to come by various forms of orthographic mistakes.

Every human language has a set of rules that govern how it is written. When it comes to Akan, unfortunately, we seem to think you “simply write what you hear”. In lesson 39 of the Twi Grammar course, we take a look at some common Twi writing mistakes and how we can correct them. At the end of the lesson, I’ll list a number of Akan movie and music titles. Go through them and determine if they’re correct or not. If not, provide their respective correct forms in the comments section below the post. You don’t necessarily have to correct all; you could do one and leave the rest for others to contribute.

Twi Writing Mistakes and How to Correct Them

1. Separating subject pronouns from verbs that directly follow them. For example:

The rule applicable to mistake 1 above: whenever a verb directly follows a subject pronoun, we combine them into a single word in writing, including any accompanying tense marker(s). See LINK.

2. Following from mistake 1 is the opposite: Combining object pronouns and the verbs that directly follow them. For example:

4. Following from mistake 3 above is yet another mistake: Separating, in writing, two verbs that combine to form a noun. For example:

5. Separating (or simply combining) singular possessive adjectives and possessed objects beginning with the letter ‘a’.

6. Introducing apostrophes between pronouns and verbs. For example:

7. Combining a pronoun and a noun in writing (except in cases like mistake number 5 above). Examples:

8. Not assimilating ‘d’ and ‘b’ when they come directly after the letters ‘n’ and ‘m’ respectively.

9. This may seem funny to some of you but I had to add it: using ‘3’ and ‘)’ in place of ‘ɛ’ and ‘ɔ’. I’m aware many have been using ‘3’ and ‘)’ due to the lack of the ‘ɛ’ and ‘ɔ’ keys on the average standard keyboard. Due to constant use, however, it has gotten to a point where some people – especially foreigners – actually think there are such letters as ‘3’ and ‘)’ in the Akan alphabet. This is rather unfortunate. For Mac users, click HERE to download and install Kasahorow’s Akan Keyboard. The zip file includes a step-by-step instruction on how to successfully install and use the keyboard. If you’re using Windows, please download it HERE, and setup instruction HERE. If you’re using a mobile phone, you may search for ‘Kasahorow Akan Keyboard’ on Google Play or the Apple Store, depending on which side of the Android/IOS divide you’re on. Say goodbye to ‘3’ and ‘)’.

If you found this lesson useful, please support us by sharing and subscribing to the website. You can do both right beneath this lesson. Thank you for reading. 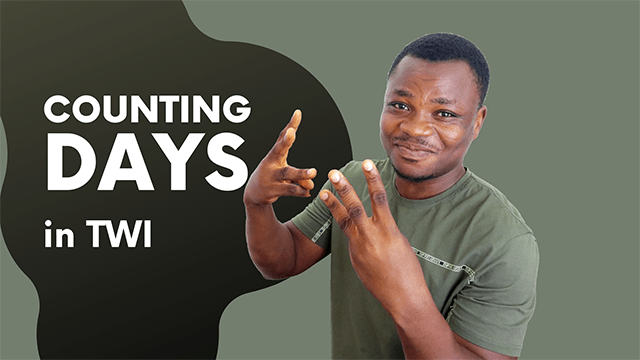